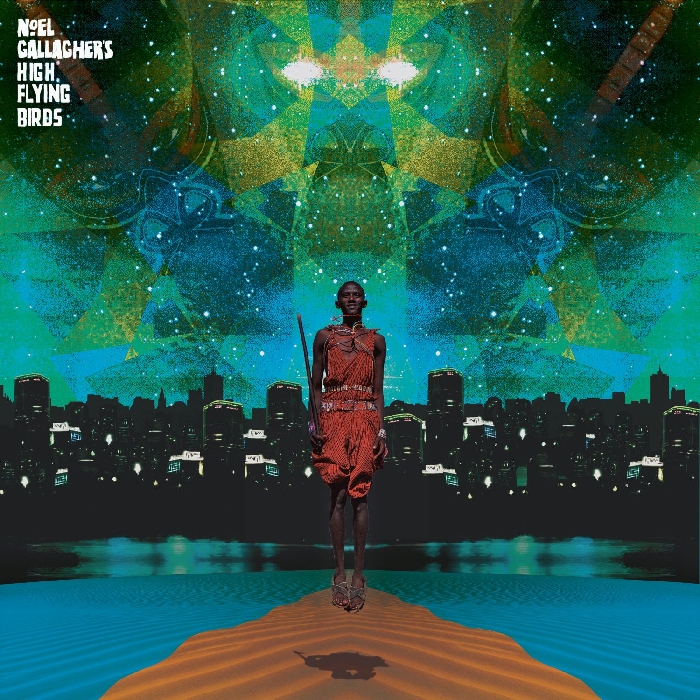 My manager asked me who the High Flying Birds are. They aren't anyone in particular. Noel Gallagher's High Flying Birds is me and whoever is around at the time of whatever it is that I'm doing, a loose collective kinda thing.

So speaks Noel Gallagher, as he embarks on the latest step of his strange, twisting journey. Gallagher began his career in music by lugging amplifiers on and off tour buses for The Inspiral Carpets. Then he captured the voices, hopes and dreams of millions with Oasis, who went on to become the biggest band of the last two decades. Now he's fashioned a masterpiece that takes the Noel Gallagher trademarks  melancholic verse lines, euphoric choruses, a suggestion that everything's going to be OK when the rain clears  and thrown them out into the cosmos.

Gallagher has also made a second album with psychedelic DJ overlords Amorphous Androgynous, who nearly drove him to insanity when they made him spend five hours and ten minutes playing the same, single guitar line, but more of that later.

Noel Gallagher's High Flying Birds takes off into directions Oasis could never have gone. From the New Orleans ragtime stomp of The Death Of You And Me to the Ennio Morricone-inspired, string-laden drama of Everybody's On The Run and the choral swell of (I Wanna Live In A Dream In My) Record Machine, it's an ambitious, rainbow-coloured epic of an album. It's the product of an enquiring mind, fired up by new discoveries as much as a basic, unquenchable need to get a message out to the world.

With this album, people are going to think it was a conscious decision to do something different, says Gallagher. It wasn't like that. This is what just came out. I won't criticize anything about Oasis because I loved being in that band and I was in charge of it, but there was always the feeling: how will this go down in Wembley, with 70,000 people braying for good times? This time I didn't have to think about that. I've got a guy playing wine glasses on one song, a saw on another. This is not Oasis. I don't know what it is......yet."

The intricacy and craft of Noel Gallagher's High Flying Birds, both musically and lyrically, puts paid to rumours that its creator entered into a state of inertia after the end of Oasis. There was a review of the Beady Eye album  and fair play to Beady Eye, the reviews I've read have been pretty good  that said something like: ?while Liam's been hard at work, Noel's been wandering the streets.' It made it sound like I've been stumbling around North London, going through the bins. I've actually spent over a year in the studio, and it was beginning to drive me a little mad. Now I've got no more recording to do until I'm well into my 70s.

Work on the album proper began in February 2010, when Gallagher booked a session at State Of The Ark Studios in Twickenham, Middlesex with sometime Oasis engineer Paul Stacey and his identical twin brother Jeremy, a drummer. The plan was to then head out to Los Angeles for a couple of weeks to mix the tracks with producer Dave Sardy, but it didn't quite work out that way.

Dave said to me, "It's great but it doesn't sound like a band". "I ain't a band" says I. "Then we have to make you sound like one was his response.

So we set about to re-recording some drums and cutting numerous overdubs, and as a result I ended up staying out in LA for a couple of months, all the while thinking: he can't beat what I've done. But sure enough, what he came up with was amazing.

There's a tender sort of sadness to If I Had A Gun, one of the most emotionally direct songs Gallagher has written since Wonderwall, with its theme of young lovers finding a way to be together. Then there is the descending-chord defiance of Soldier Boys And Jesus Freaks.

It sparked the theme for the album: to find the melancholy in the happiness. It's how I write songs. Some Might Say by Oasis might sound like an uplifting tune but listen to the words. It's the Irish in me. These themes; searching for beauty as one tries to survive the day to day grind, and the longing for escape, young love on the run if you like, are not just exclusive to Soldier Boys, but to the album as a whole, and have been with Gallagher for much of the last decade.

The ideal of young love also inspired The Death Of You And Me, one of the most remarkable  and surprising  songs on the album, and a world away from Oasis. After a stomping beat and a melody with a touch of mid-60s Kinks to it, jazzy brass blasts in halfway though and suddenly we're in New Orleans. It's the same theme, the same idea that however good things are, a bit of anything will always be shit, Gallagher says of the song's message.

It's a British thing. The song has a touch of Vaudeville, but with the curtains pulled back a little. There's the line: ?I see another new day dawning, it was rising over me, with my mortality. Yes, it's a new day. But I've just got a day older, a day closer to the end.

A more straightforward celebration comes with AKA What A Life! It edges close to being a dancefloor-filling disco classic. It took me a while to convince myself about this one, says Gallagher. But [early house classic] Rhythim Is Rhythim by Strings Of Life, which I loved from the Hacienda days, inspired the piano part, and I realised that the song carries the vibe no matter what that vibe is.

As for the forthcoming, as yet unnamed album with Amorphous Androgynous, it developed after Gallagher asked Amorphous's Garry Cobain and Brian Dougans to remix Oasis last single, Falling Down, and they came back with a 22-minute epic that replaced Gallagher's vocals with Alisha Sufitt's of 70s hippies Magic Carpet.

Working with them was like nothing I've ever done before, he says. We made the album at Paul Weller's studio, and in the past I've always worked hard at crafting a song before recording it. This time I would write a song, bring it in, and [Amorphous's avuncular front man] Gaz Cobain would say, ?Nah, screw that, we'll come up with something right now. Use your instincts and don't compare what you do to anything else.' I was on the verge of telling him to fuck off a few times, but the results made it all worthwhile.

Making a solo album also forced Gallagher to do something he had, remarkably, resisted so far: buy a computer. I had never gone near one before. Gem [Archer] used to load up the iPod for me so there wasn't any need. But then someone told me there were kids on YouTube finishing songs that I hadn't even written yet, because somebody had filmed me feeling them out during soundchecks. I didn't mind, but I decided I needed to buy a computer and find out what was going on. It was like the moment man discovered fire. I was staring at the thing, my tongue sticking out of the side of my mouth as I hit it with one finger.

Noel Gallagher's High Flying Birds, with its psychedelic tinges, eternal themes of love, loss and hope, and wine glass and saw solo sections, pushes its creator towards places he has never gone before. You've got to try, haven't you? Look at The Fabs. It's a short time between Strawberry Fields and Mr Moonlight. All the great bands stumbled on something they didn't know was there before, and ended up doing their own thing. And ultimately, you're searching for it, whatever it is. If you're switched on you can find it  regularly. 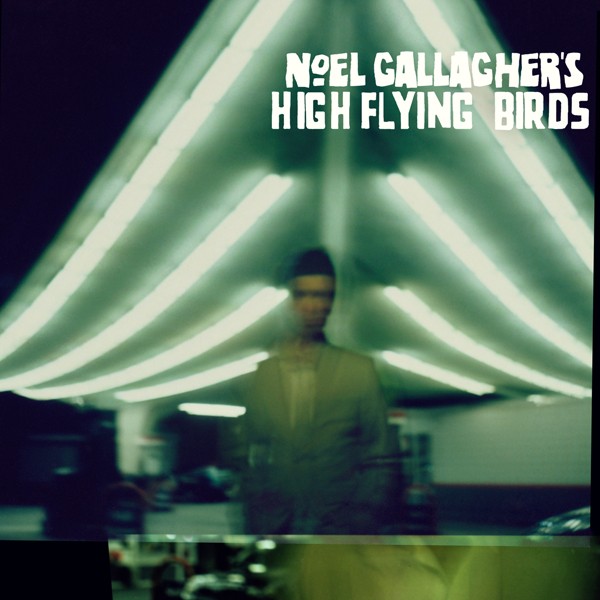 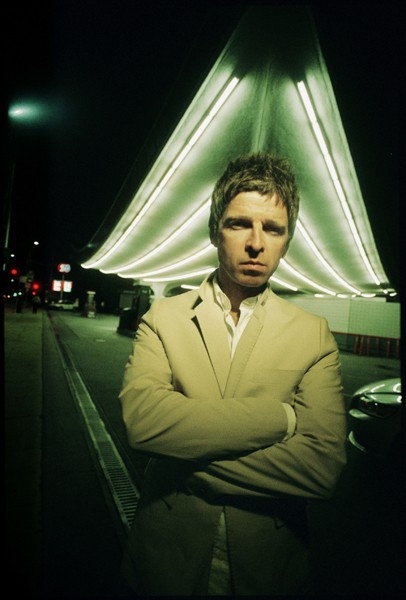 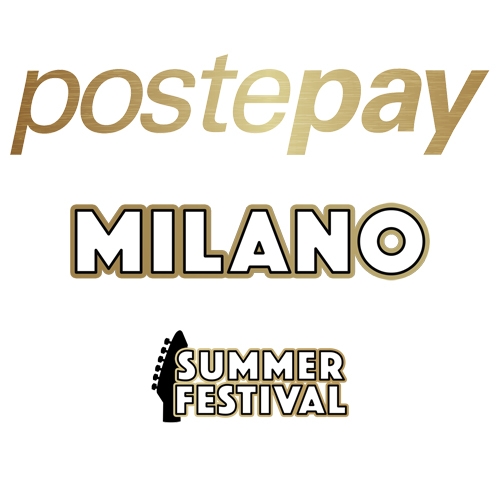 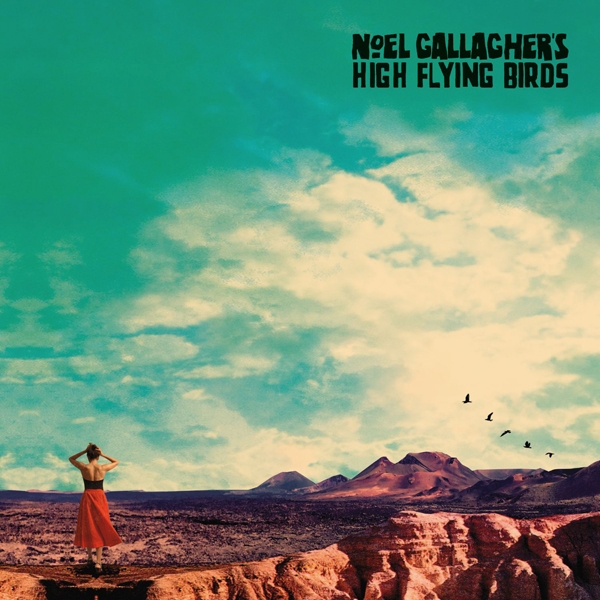 NOEL GALLAGHER'S HIGH FLYING BIRDS: da oggi negli store digitali e in radio il nuovo inedito "A DREAM IS ALL I NEED TO GET BY" che anticipa l'EP "THIS IS THE PLACE" che uscirà il 27 settembre